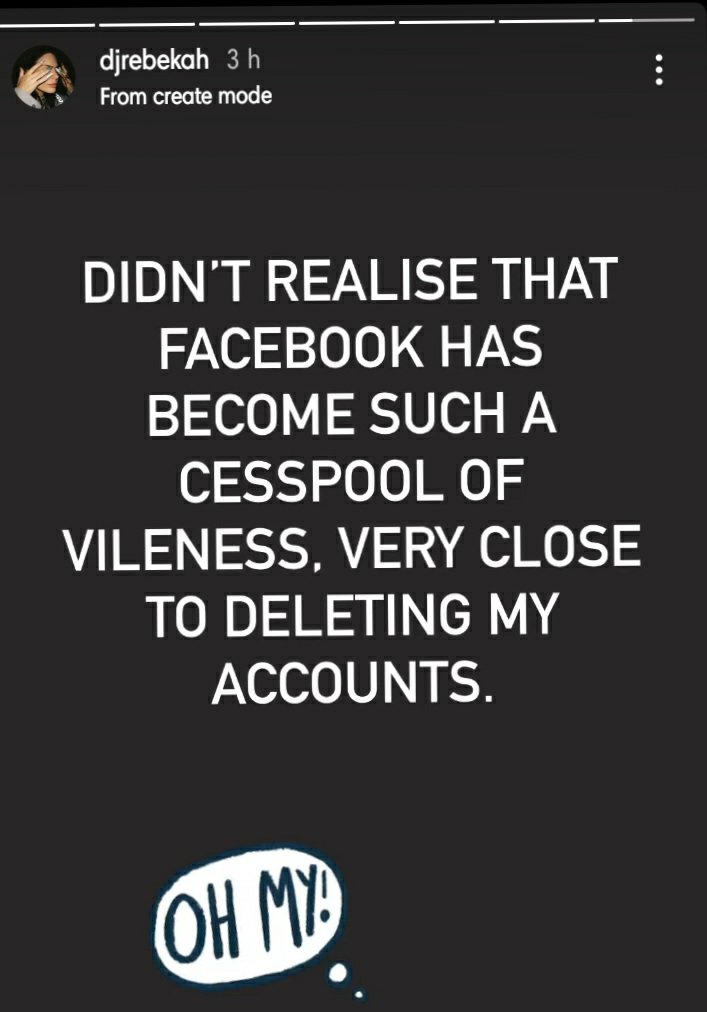 Sometimes, the best piece of advice anyone can ever receive is to sleep on it. This has prevented me from sending many a message in haste, which I would have inevitably repented later on. And it’s a particularly sensible thing for a touring DJ who also likes to campaign to follow.

Unfortunately, no one told Rebekah Teasdale about this. The DJ, who just uses her first name for her job, left a post on Instagram stories last night saying she “didn’t realise that Facebook had become such a cesspool of vileness”. Exactly what was grinding Rebekah’s gears is unclear, but there are a few theories.

For example, a few days ago, she talked quite extensively on Instagram stories about her “modelling days”, as she calls them. I don’t know what prompted her to do this, although a recent post on this blog did point out that, as much as I couldn’t care less about her past, powerful detractors might.

Whatever the truth, Teasdale might want to rethink this one. She has 248,000 followers on Instagram, for instance. It’s not the biggest DJ following out there, but it’s still very substantial – and she would be foolish to give it up. Because whilst I have repeatedly expressed concerns about the #ForTheMusic movement which she started, not once have I questioned her own personal belief in it.