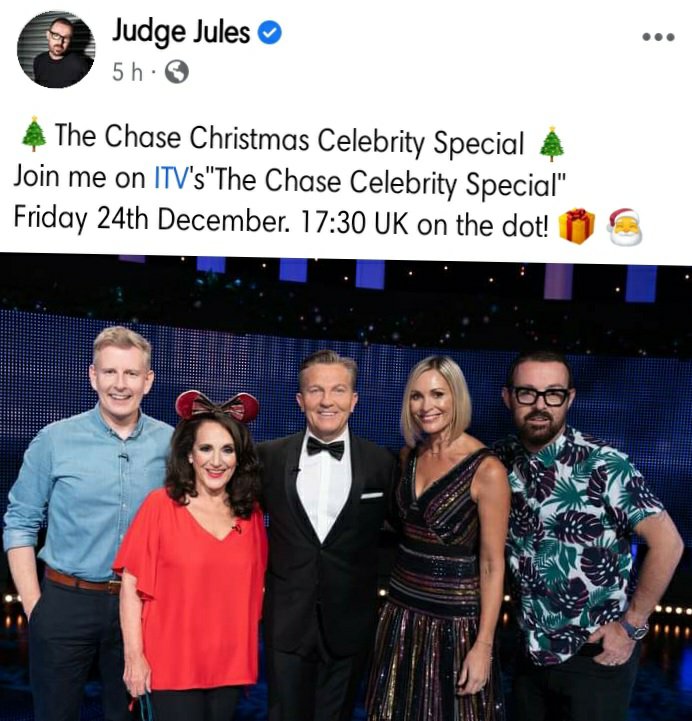 At the risk of looking terribly old, I remember looking at the Christmas TV guide in early December as a child. Like a lot of people, I was also curious to see what was going to be on the box on Christmas Day – not least because it was one of few nights of the year I was allowed to stay up late.

But as the years went on, I looked forward to it less and less. There’s only one or two things I actively want to watch on TV over Christmas this year – but now I’ve just spotted another one which I’ll have to make time to watch. Partly because I like the show, partly because it involves a blog regular.

Yes, Judge Jules has confirmed he’s going to be on a special festive edition of The Chase on ITV. It’s due to go out on Christmas Eve – tomorrow night – at 5.30pm. And by the looks of the photo he published on Facebook, the other contestants are Patrick Kielty, Lesley Joseph and Jenni Falconer.

How will Jules do? Hopefully better than he did on Celebrity Masterchef two years ago…