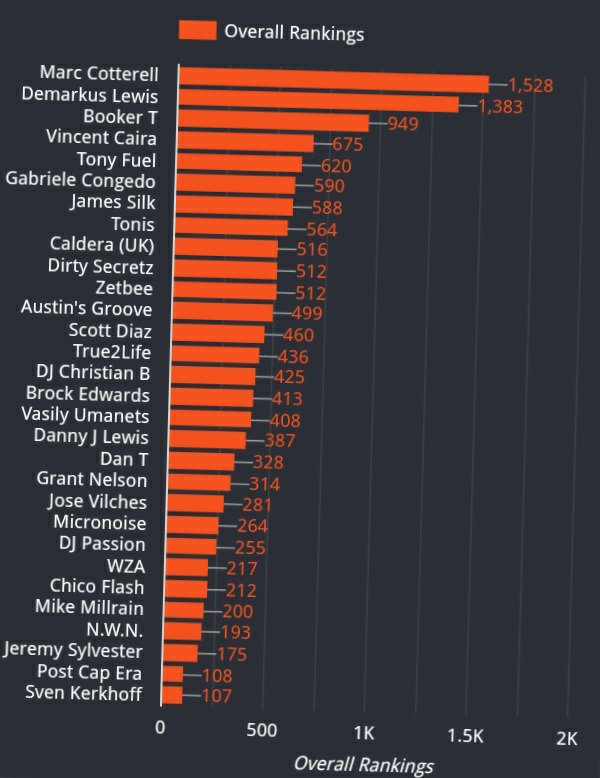 Two months ago, the result of a few years of campaigning produced results. Around five years ago, a new movement started to circulate within dance music – it was called garage house. It was a genre influenced by the garage sounds of the USA in the 1990s, alongside more modern day ideas and context.

Labels like Pogo House and Plastik People popped up to promote this new sound. Veteran producers like Jeremy Sylvester and Danny J Lewis appeared alongside newer talents like Fizzikx, Marc Cotterell and Martin Depp. Early efforts to get a garage house category on Traxsource can be traced back to 2018, and were politely rebuffed by the site.

Exactly why is unknown, but according to a source I spoke to a few months ago who’s closely associated with Traxsource, the campaign failed because the scene came across as disjointed and the music was poorly defined. Efforts were then redoubled and real work done on the ground to strengthen the foundations.

This was duly rewarded in October when a second attempt was made to get a category from Traxsource. Spearheaded by Danny J Lewis and backed up by the likes of Marc Cotterell and Mike Millrain, this effort was much more successful – and a garage genre category was born.

So how have things gone over the past year? The aforementioned Danny J Lewis gathered up a huge amount of data on the subject earlier this month, put it all into Google Data Studio and out came a lot of useful information. His post and the full set of data is over on his blog.

For the purpose of this piece, I shall hone in on three particular sections – Top 10 positions, Top 100 positions and Overall Rankings. During 2021, Marc Cotterell and music making machine Demarkus Lewis were well ahead of anyone else in the rankings – but the real lesson here is from Tony Fuel.

Why has he ranked so high on the chart? It’s at least partially because of his two vocal tracks this year – “Let’s Rise” on Pogo House and “That Feeling” on Plastik People. Similar things can be seen with prolific veteran producer Booker T, whereas I’m confident the likes of DJ Passion and True2Life could increase their rankings with vocal records.

Infact, I honestly think anyone here could. My one criticism of garage house has been a lack of proper vocal orientated songs – and it’s no exaggeration to say these results back up my opinion. Even during my days in music production, vocal tracks tended to do better and stick around longer than the instrumental stuff.

The Top 10 and Top 100 charts show what is, on the face of it, a less clear picture. Demarkus Lewis, for example, ranks so highly because he’s incredibly prolific yet somehow manages to do it without sacrificing quality. He does little vocal house himself, but remixes significant amounts of it – this is true of a number of other names in both lists too.

So what’s my take on what needs to happen next for the garage genre on Traxsource to become a big success? I’ll cover that in the next installment…

Part two of this series follows on Boxing Day. Many thanks to Danny J Lewis for collating the data used in this article.