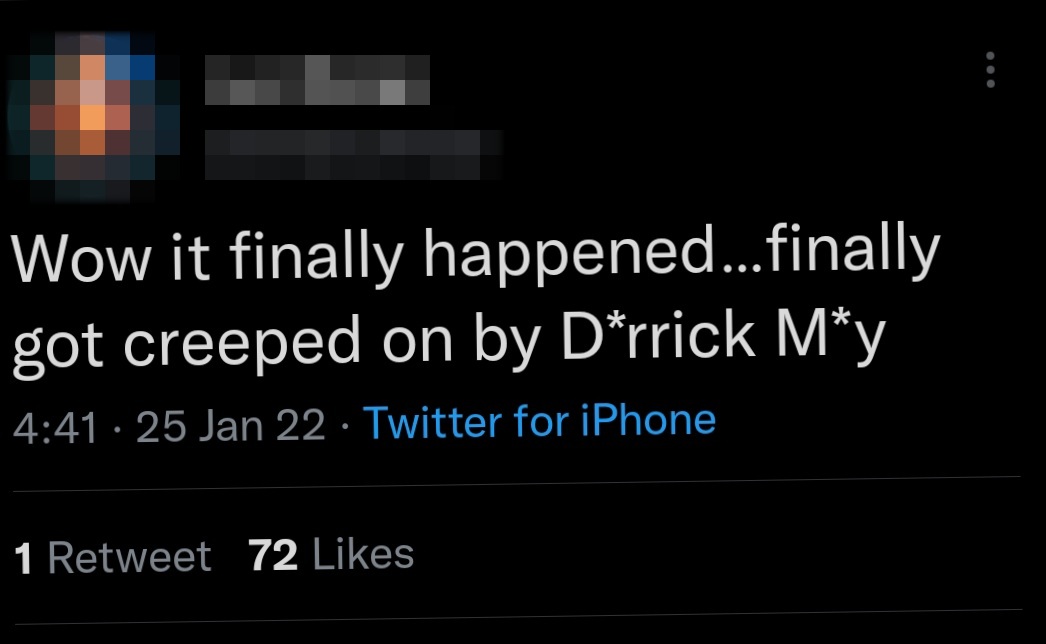 One man who’s been awfully quiet so far this year is the normally very loud Derrick May. The Detroit DJ, in times gone by, was his home city’s most cacophonous voice – but a raft of allegations of sexual abuse and rape dating back over many years seem to have dampened that down.

Many other people facing even a fraction of the claims he does might choose to exercise some humility. They might decide, regardless of whether the stories were true or false, to be a little more careful and cautious in their conduct in the future. And they might even come out fighting.

May has done neither of these things. Since the allegations became public knowledge, he has not sued a single woman who made an accusation against him. Infact, the only person whom he has pursued in the courts is journalist Michael James – May dropped this action after the judge realised his legal strategy consisted of trying to bankrupt his opponent.

Speaking of Michael James, he came across more news about May earlier today – a DJ from Detroit posted this thoroughly depressing tweet…

Assuming this is true – and I currently have no reason to believe it isn’t – it appears that Derrick May has learnt the square root of nothing throughout this episode. Which is astonishing, but – given everything I’ve learnt about him over the past year or so – not remotely surprising.

Mercifully, the dance music world’s movers and shakers have taken notice and have responded by no longer booking May for any events. Bar the odd gig in his native Detroit – where certain quarters are convinced he’s the victim of some kind of racist conspiracy – and one or two clubs in Europe, he’s mostly a persona non grata.

The last word on this goes to one of my Detroit sources who knows May personally – and is just as disgusted with the claims against him as this blog. He sums up by saying “F**k’s sake. All Derrick had to was say sorry, take the consequences and to promise not to be such a f***ing c*** anymore. And if anything, he’s now an even bigger c***.”.