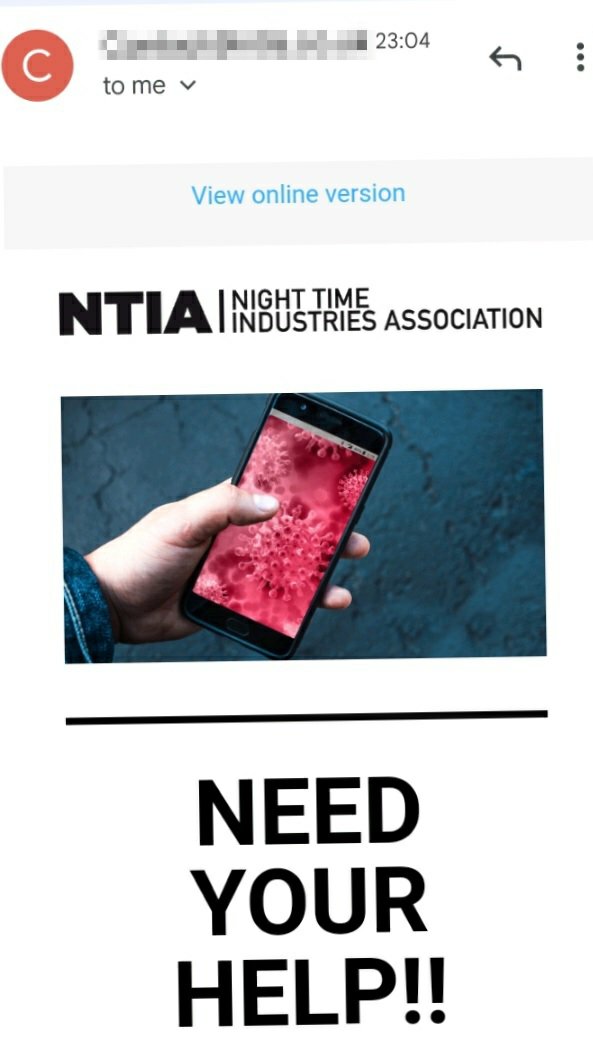 I never fail to be annoyed in life at the number of people who seem to think they can send a message to your phone at any hour of the day – or night, come to think of it – and expect an almost immediate response. And when they don’t get one, they get all shirty about it. (for readers based outside the UK, substitute R in that word for a different letter and you’re in the right area)

And these people can be found in all walks of life. You might be friends with one, you might be related to one – and one of them appears to work for the Night Time Industries Association. At the moment, they’re terribly concerned – much like many of us – that another lockdown to deal with rising Covid cases in Britain is looking likely. This means they’re trying to collate the opinions and experiences of their members, many of whom work in hospitality.

This is a fast moving situation, so a certain degree of urgency is understandable. Hence why at 11pm last night – a Sunday, let’s not remember – they sent out a survey to their members asking them about this. And sure enough, it had a deadline attached. What, after all, would be the point of closing the survey on January 5th when the decisions would have already been taken?

However, there’s urgency and then there’s being in a blind panic. I say this because I was sent the email at 11:04pm last night and the deadline is… midday today.

As of the time of publishing, anyone wanting to fill it in has just over two and a half hours to do so. Which begs the question – why could this survey not have been sent out late last week?

They could hardly be accused of trying to skew the results in their favour, after all. All the way  from big cities such as London to my own local town, I’ve heard no end of stories over the past few days of cancellations and hours being cut in the sector – all due to people panicking over the new Covid variant. There’s no danger of it coming back as anything other than damning.