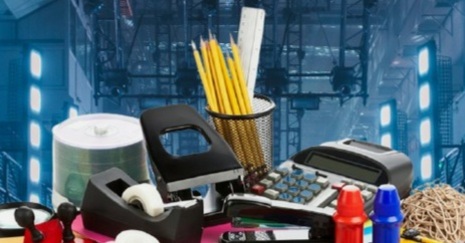 Last week, the London nightclub scene faced the loss of yet another venue. The Printworks – known as such because it was previously the site where newspapers like the Evening Standard and the Daily Mail were printed – came along in 2017, yet now faces closure barely five years later.

Southwark Council have now confirmed the site is going to be redeveloped into 200,000 square feet of offices and 3000 homes – this will probably mean the original building being demolished and replaced with new builds. But amidst the anger about the demise of Printworks, Ears To The House must pose a question.

And that question, quite simply, is – why is London continuing to build office space? Earlier this year, financial publication City AM reported that only 42% of the capital’s office space is being used – the buoyant tone of the article is somewhat undermined by the fact office use is still down by over a fifth on pre-pandemic levels.

Another article by The Big Issue reports similar findings, along with another detail of the British Retail Consortium calculating around one in seven of all shops in the UK is currently vacant. Things get even more baffling after accountants Deloitte’s revelation that 80% of offices in London will require upgrading to comply with new energy laws. The same article also reveals the vast majority of construction work regarding offices in London is refurbishment.

In other words, they’re upgrading what already exists – and newer builds are rarer. So given these facts, Southwark Council’s decision to approve redevelopment of the site – especially approving of so much new office space – makes little sense.

So how are the council getting away with it? Simple – here’s a quote from their own report on the matter…

“It is noted that a significant number of objections have been received in respect of the loss of the club/music venue currently operating on the site. It is acknowledged that this use has been very successful. However, the events use was initiated as a short term interim use in 2016 pending development of the building within the masterplan. It was never intended to be a permanent use of the site.”

In other works, the Printworks was never meant to be based there permanently – according to the original paperwork from site owners British Land’s 2016 application. And by the looks of it, British Land have now decided to move forward with what they had planned earlier.

The place of Printworks London in clubland history looks set to be certain. It just seems terribly sad – not to mention somewhat illogical – it has to end this way…