Yousef promises “session to end them all” – who’s he trying to convince? 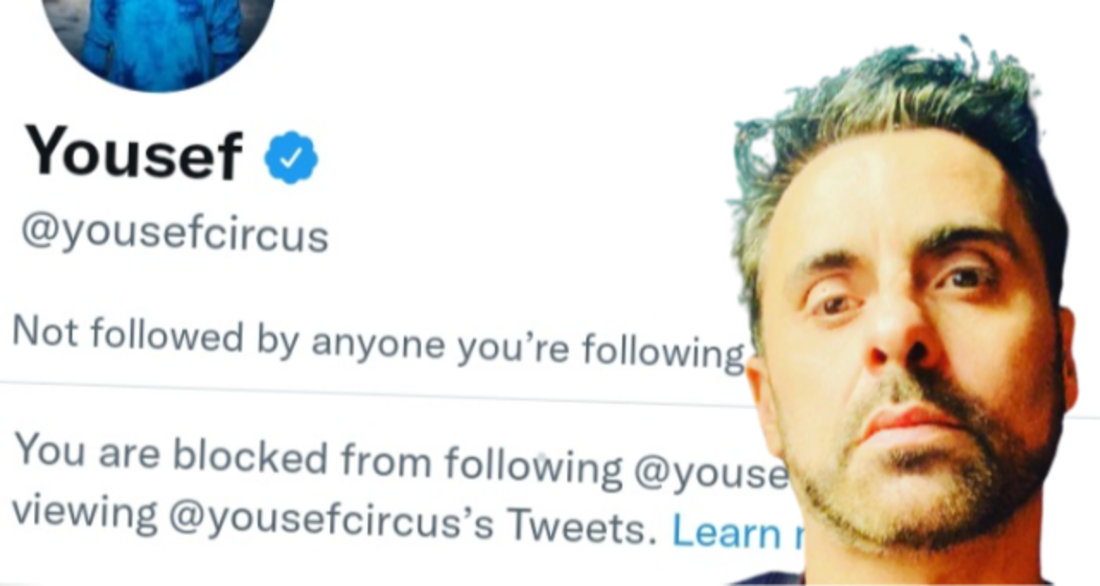 From time to time, we discover that someone has blocked one of the Ears To The House social media accounts. They seem to think this will somehow stop us from seeing their posts – apparently unaware of the fact we all have our own accounts as individuals.

The reasons for these bans aren’t always clear – although it usually seems to happen soon after we publish something about them that they don’t like. Unlike the bootlickers who mostly run the dance music press, we couldn’t care less about currying favour with anyone – and there are many people in the dance music world who think it’s acceptable to respond with a tantrum when someone calls them out.

One person we duly did call out last year was Yousef Zaher, a British DJ and producer from Liverpool who just uses his first name in his job. We questioned why he wasted the opportunity running a Covid test event gave him. We questioned why he employed a plague rave DJ on the night – and we further questioned when he tried to rewrite history when asked about it.

He didn’t like it, and he responded by blocking us. Whilst Zaher is obviously entitled to choose what he sees on his social media feed, this wasn’t going to stop us from seeing what he’s up to. So it was interest we noticed he’s having a party next weekend…

Firstly, congratulations to Circus for making it to their 20th birthday. There are depressingly few which have reached this age, so credit where credit is due. Unfortunately, this is where our praise for this event ends – and it’s because of the promise of a “5 hour back to back to back session to end them all”.

But look at who’s on the lineup – Joseph Capriati, Loco Dice, Seth Troxler, The Martinez Brothers and Yousef himself. Is this really the most inspiring lineup they could conjure up for this event? Or was it simply a case of dig deep and see who we can find?